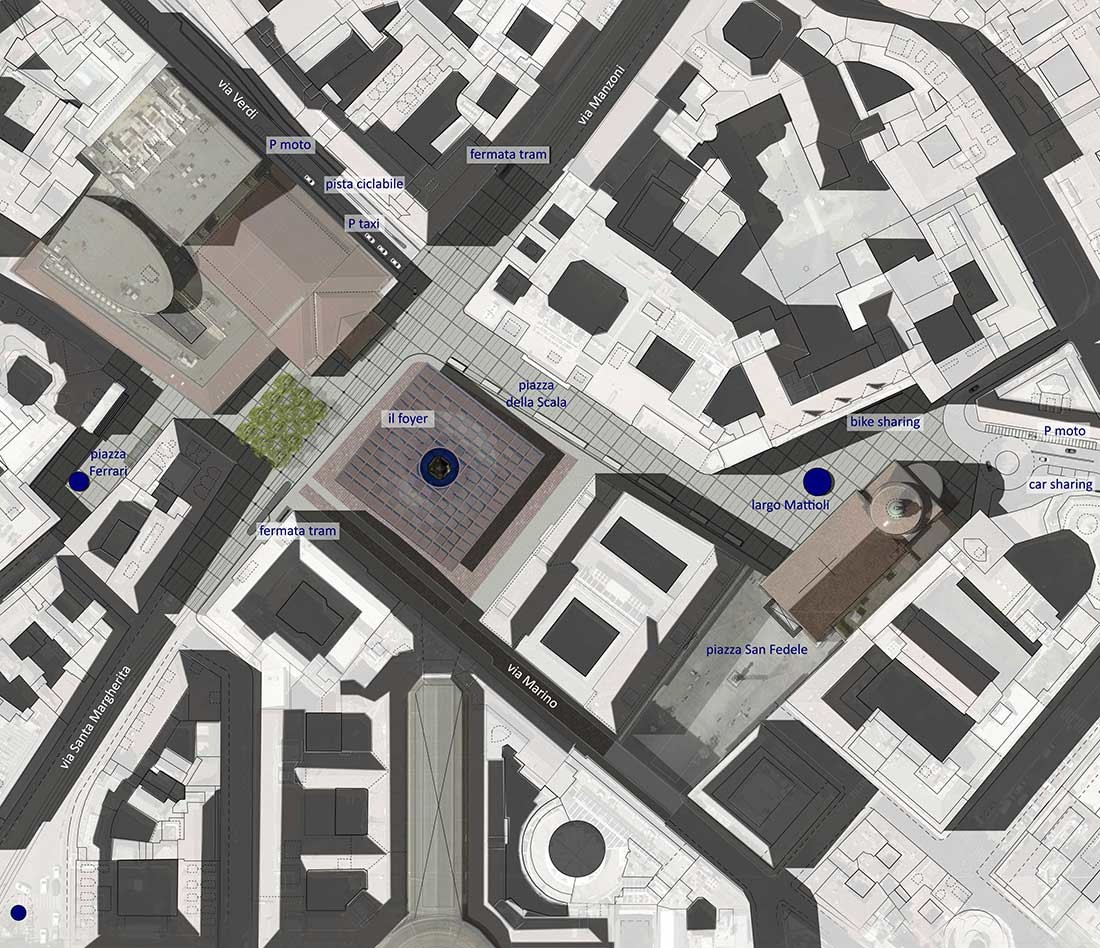 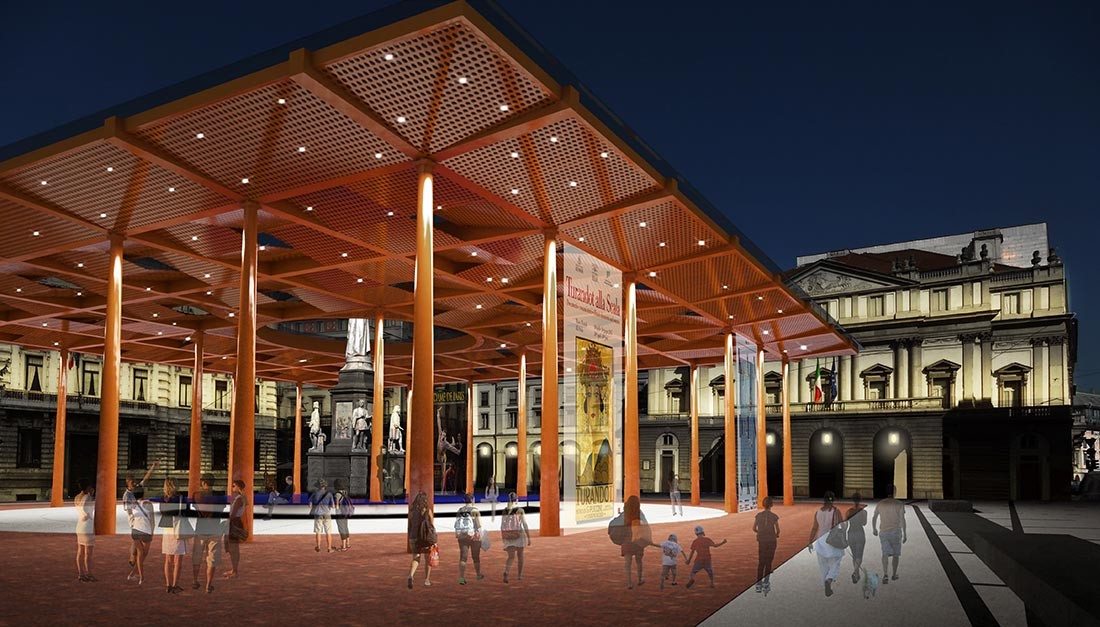 An Architectural Competition, to renovate and add functions to Piazza della Scala.

We designed a central and covered public space, like an open “Foyer”, to be used as a waiting, as well as an info point, for people going to The Theatre, or to the Galleria, or to the various museums/exhibition spaces in the surrounding area.

A shiny bright blue disk, around the monument of Leonardo Da Vinci, is used for street art performances, music, seating. The bronze like covered open structure, protects people from the rain/sun, and it is illuminated at night. Proportioned following the rules of the Golden Section, we believed that this idea could have been a very nice “provocative” challenge for the City of Milan.