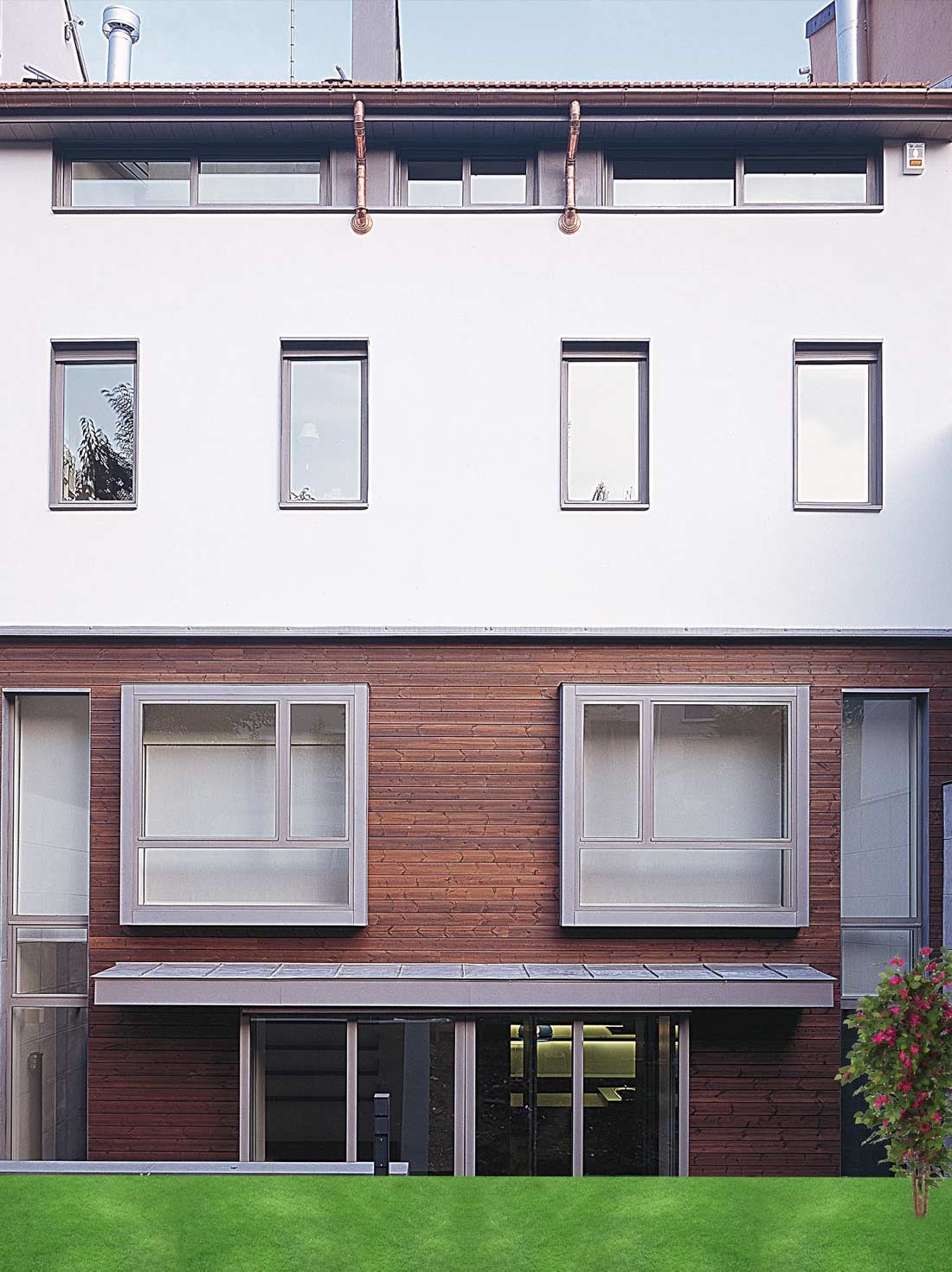 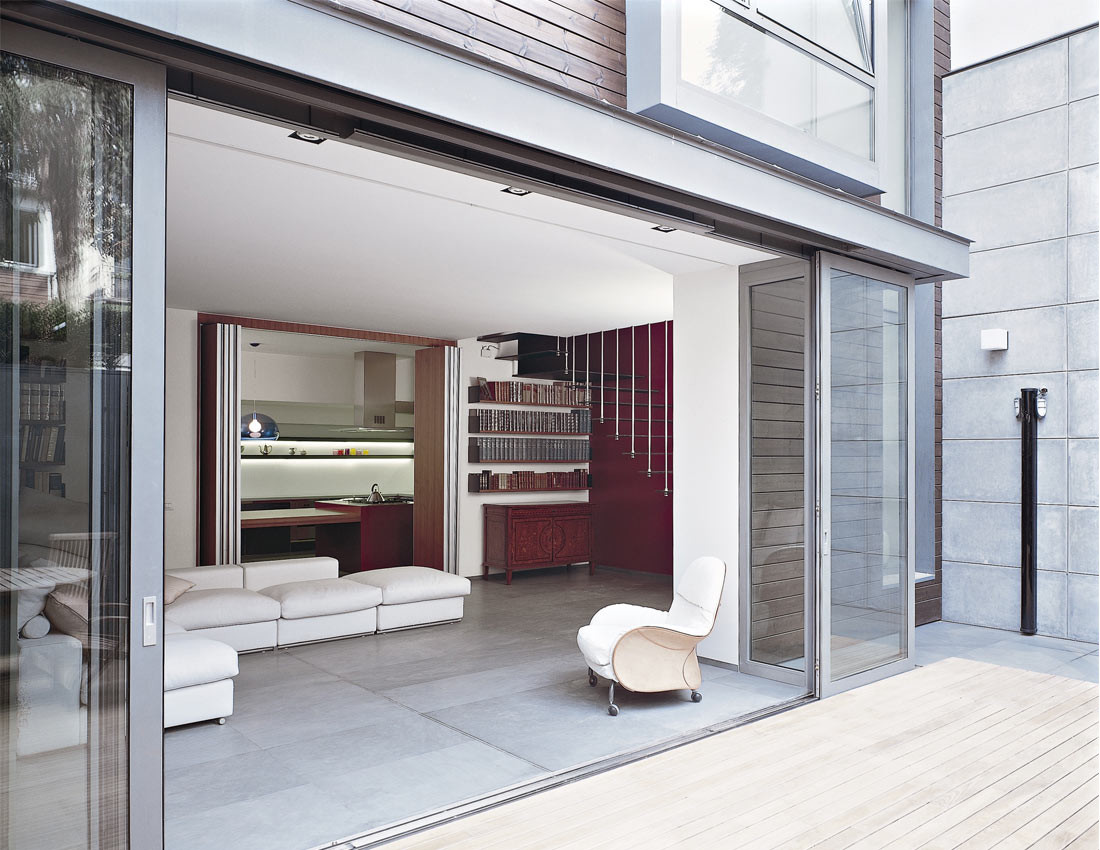 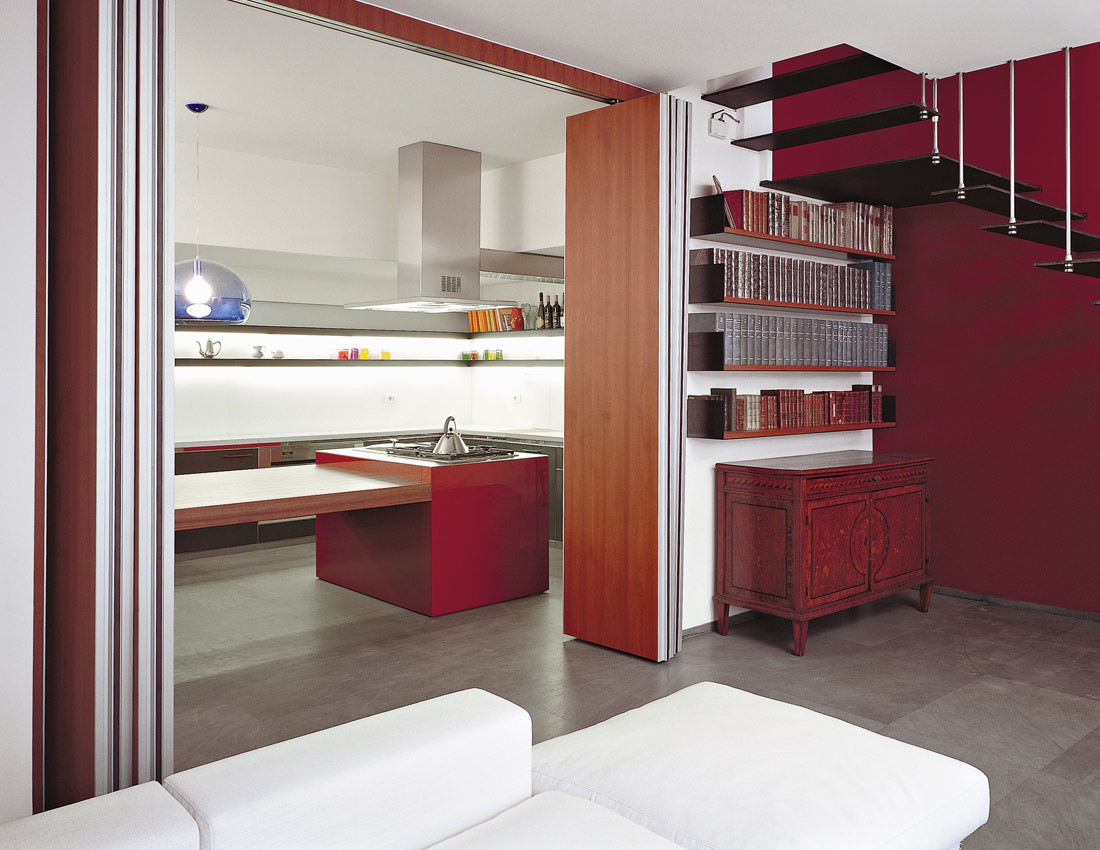 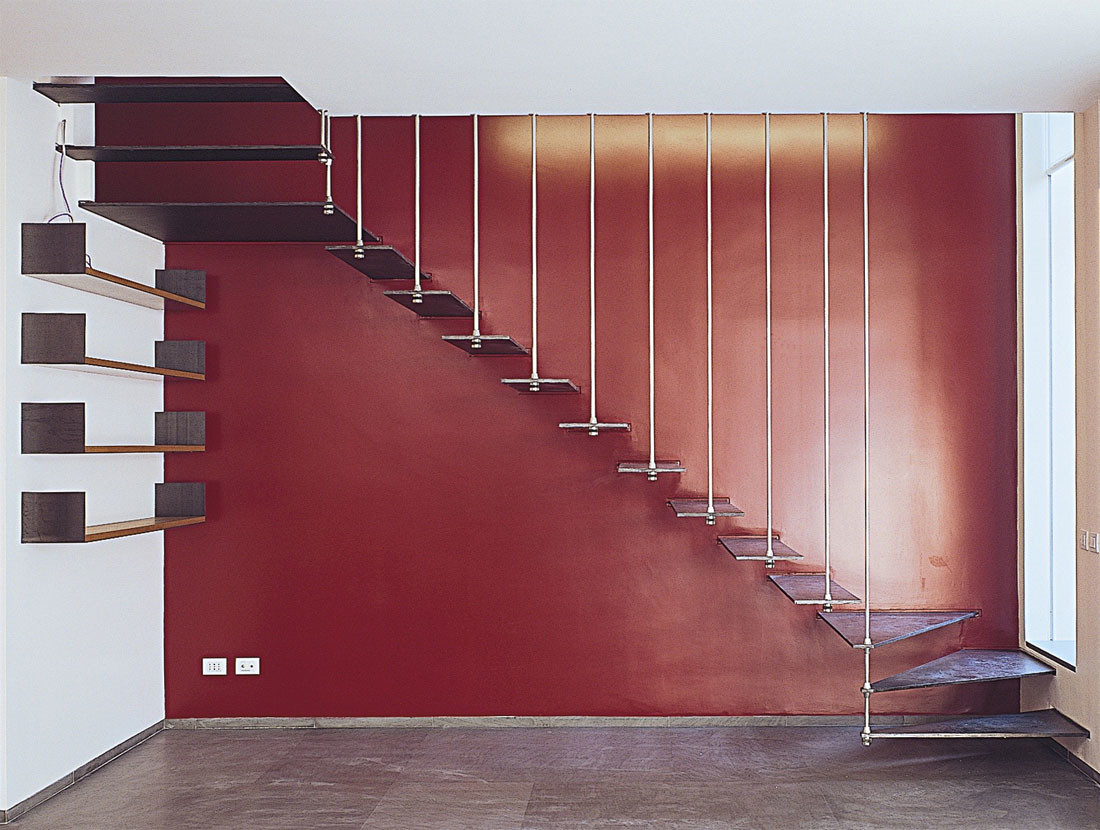 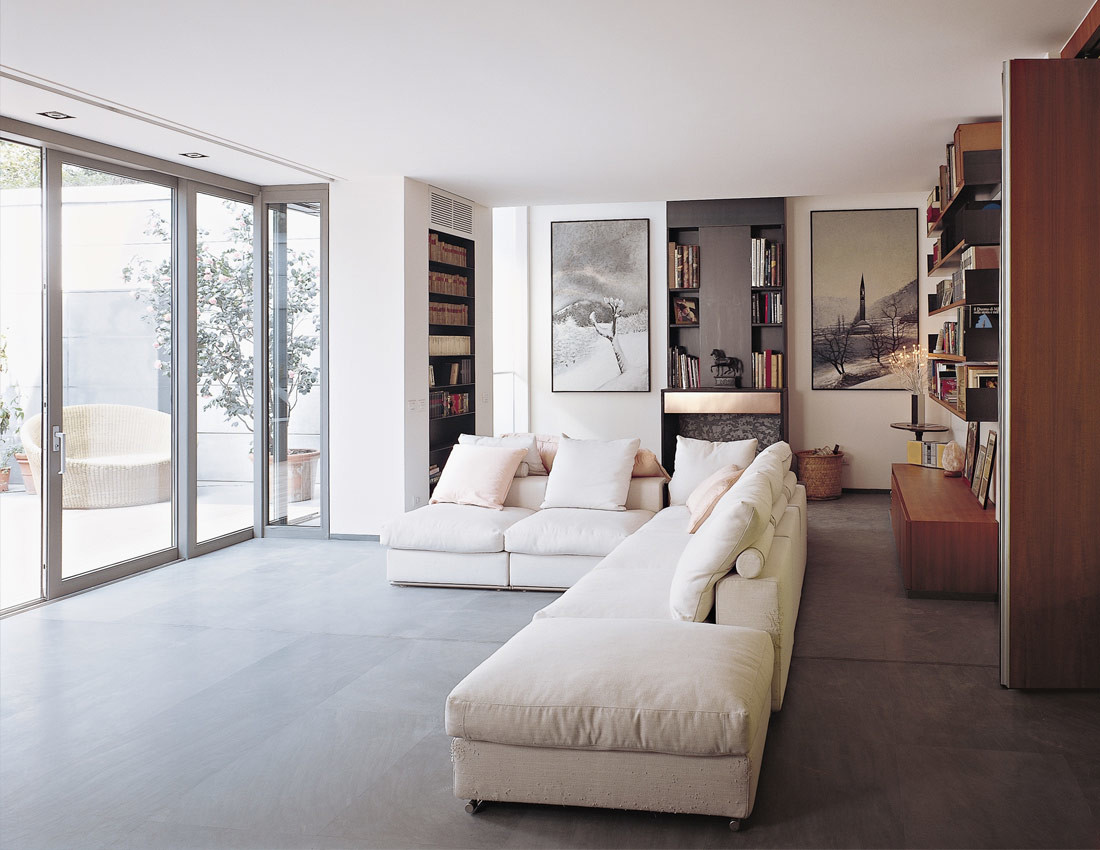 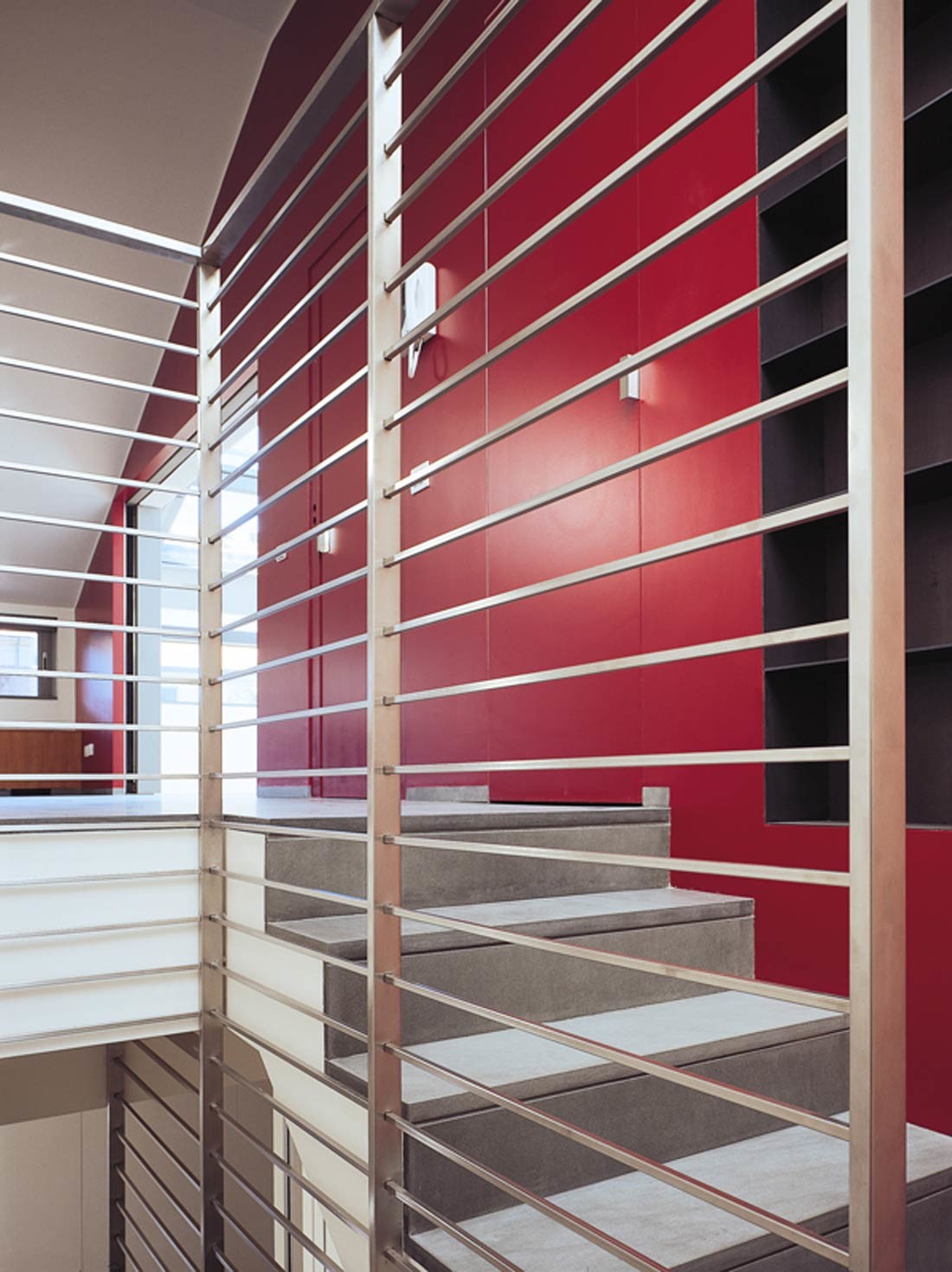 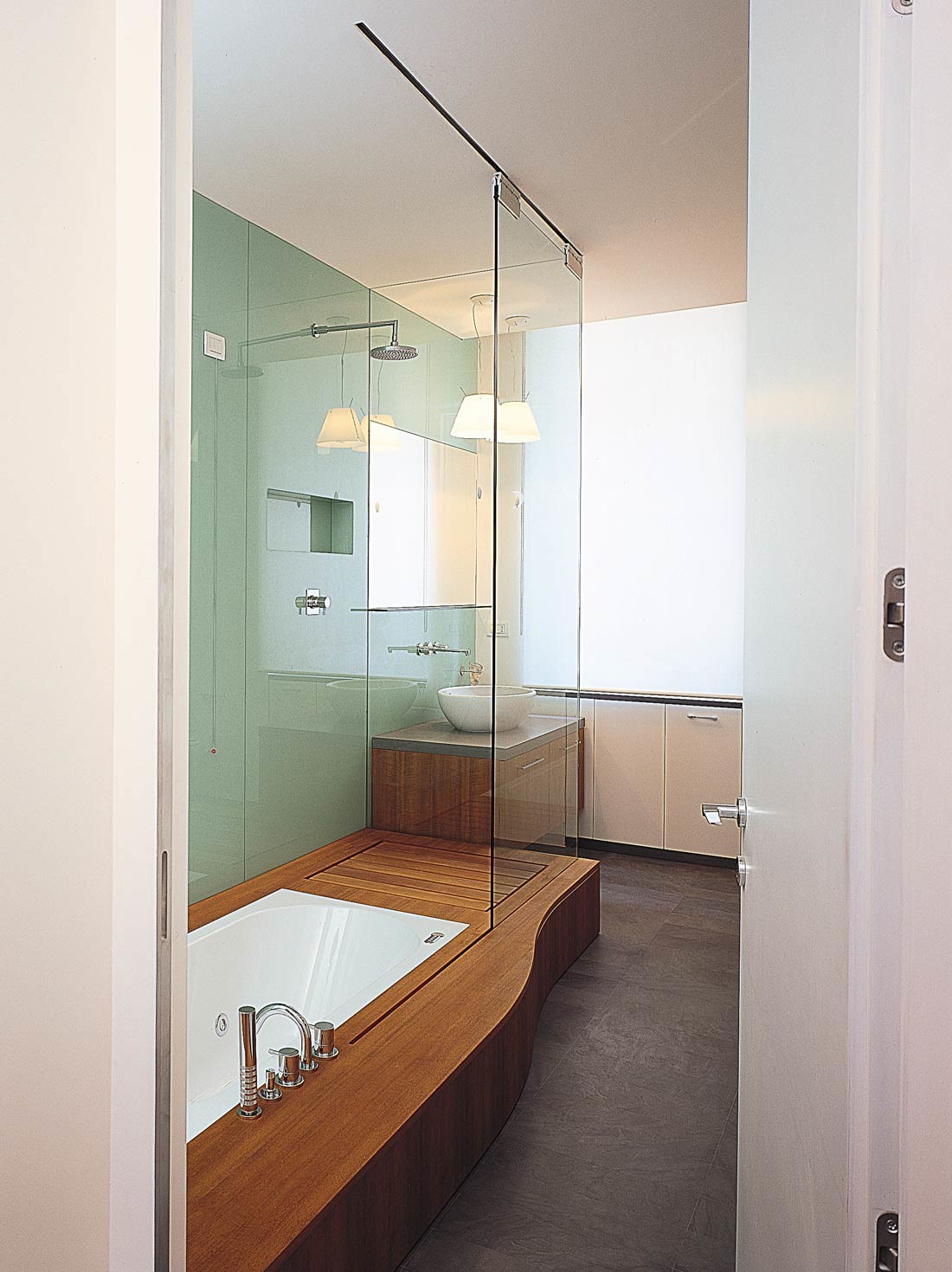 The design involved the complete restructuring of two villas, consisting of two floors above ground level and a half-basement on the garden side, as well as an attic. The design brief was to create two different apartments, that could later be joint together, without any modification. The two houses were then considered as one large house, and the division was done horizontally, not vertically with a single staircase and an elevator in the centre, so that they could serve all the floors.

The whole street is listed by the Milan Fine Arts Commission, so the facade facing the street, reads as two vertical units, unchanged from the existing situation, while the rear facade, facing the private garden, has been completely redesigned.

The long, “telescopic” entrance corridor of the lower unit leads, through a suspended iron staircase, to the large living room on the half-basement level, illuminated by sliding doors facing out onto the garden. The upper residential unit occupies the second floor and the attic.  The dining area is covered by a glass skylight that can be opened mechanically, transforming the space into an open-air terrace.