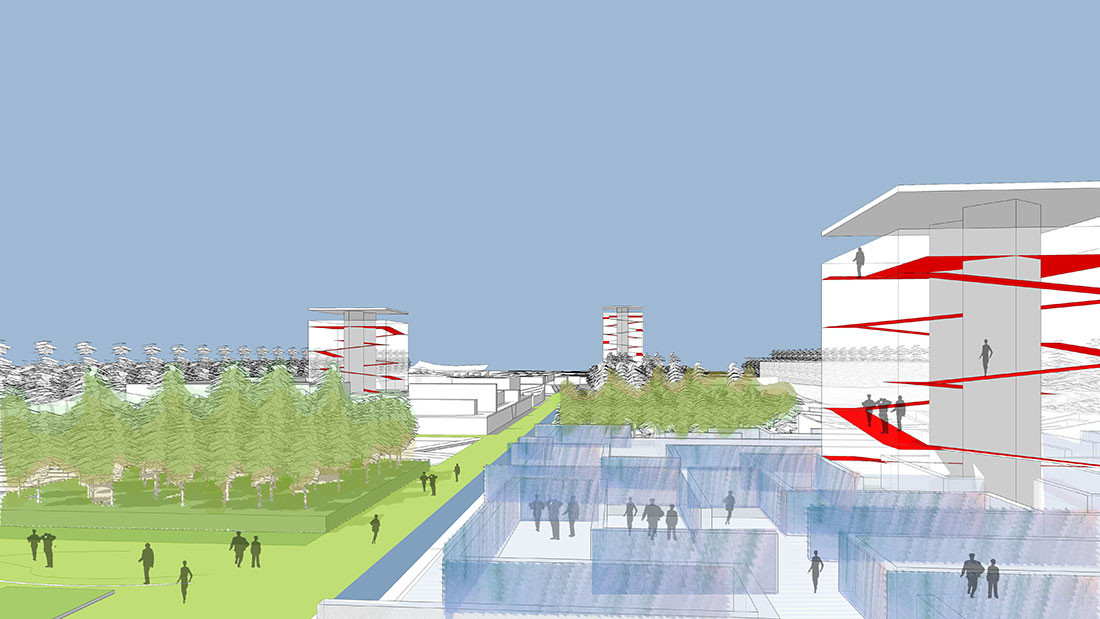 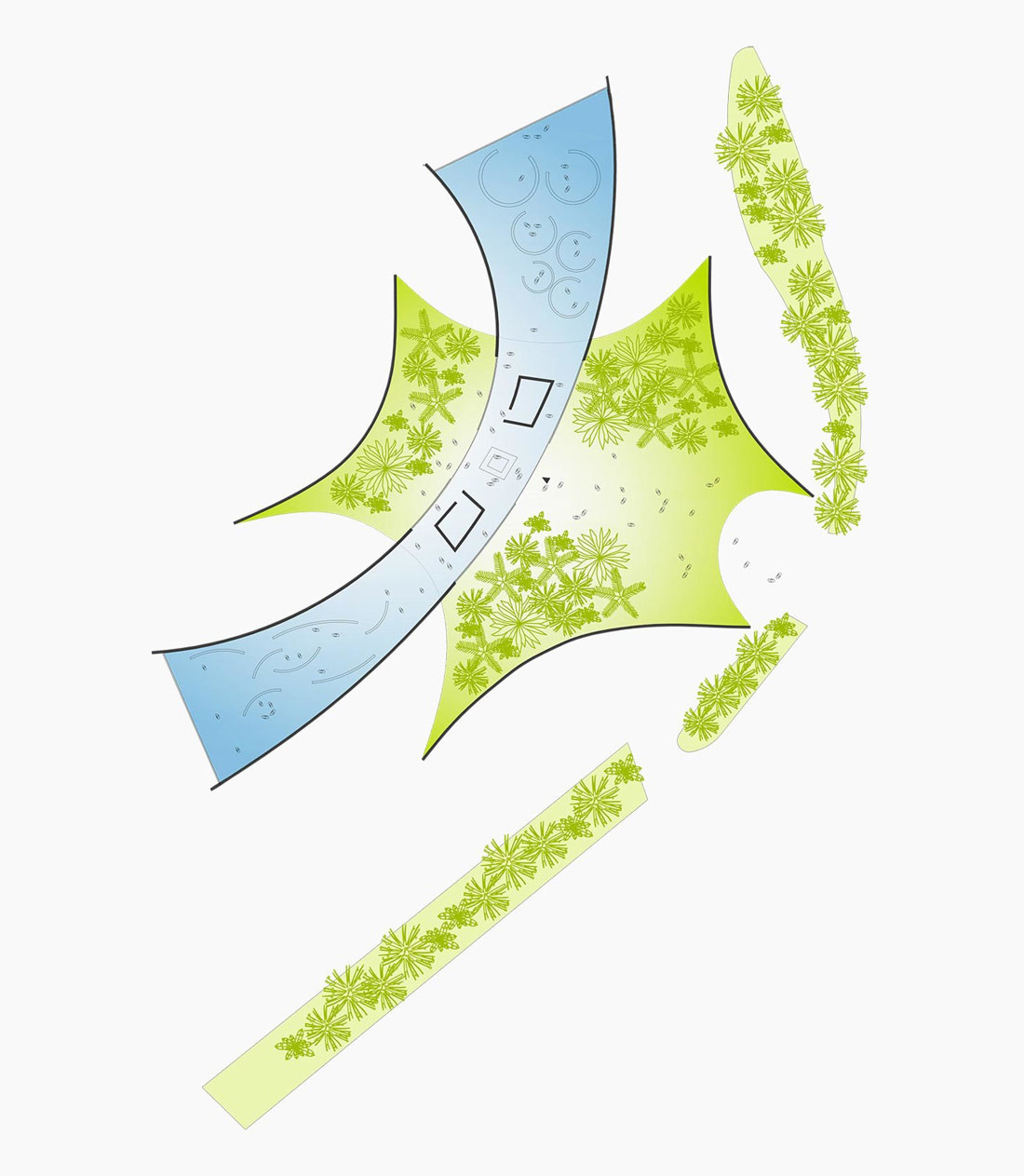 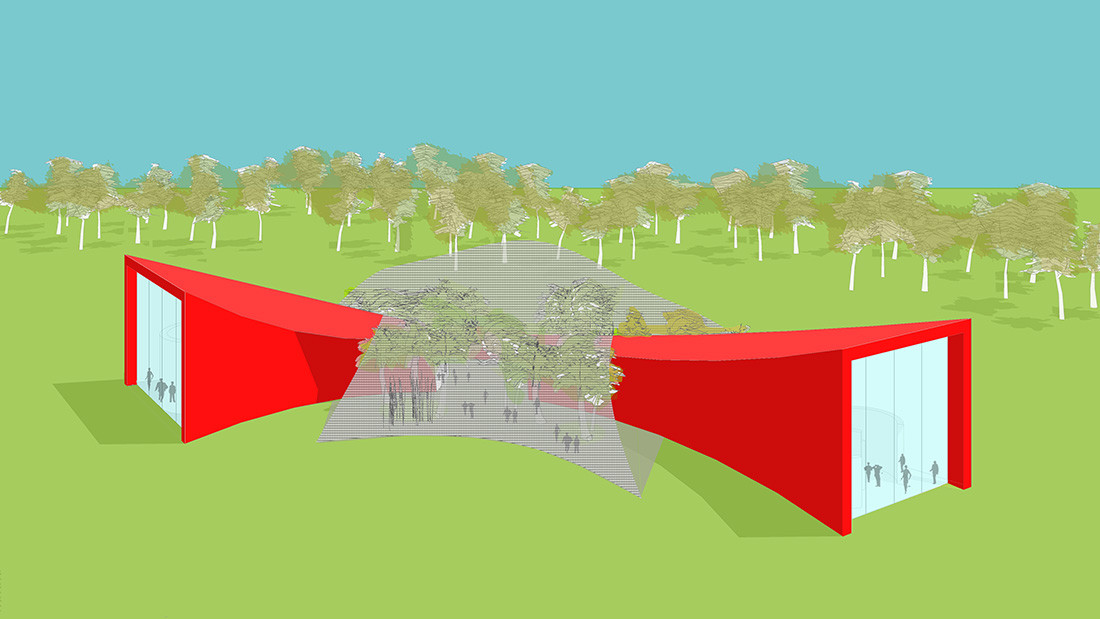 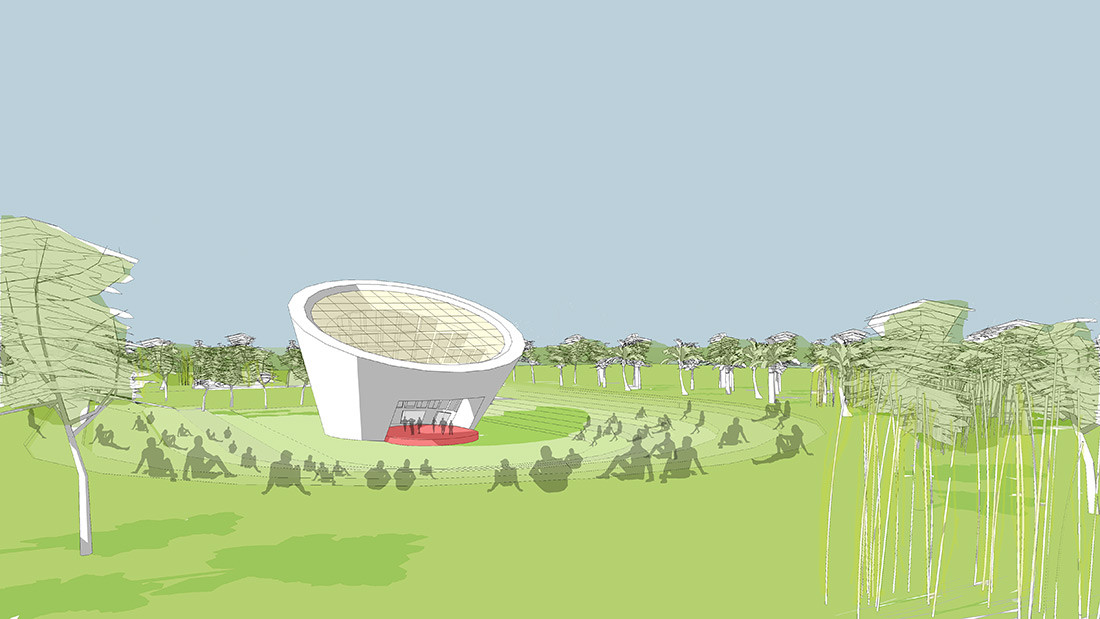 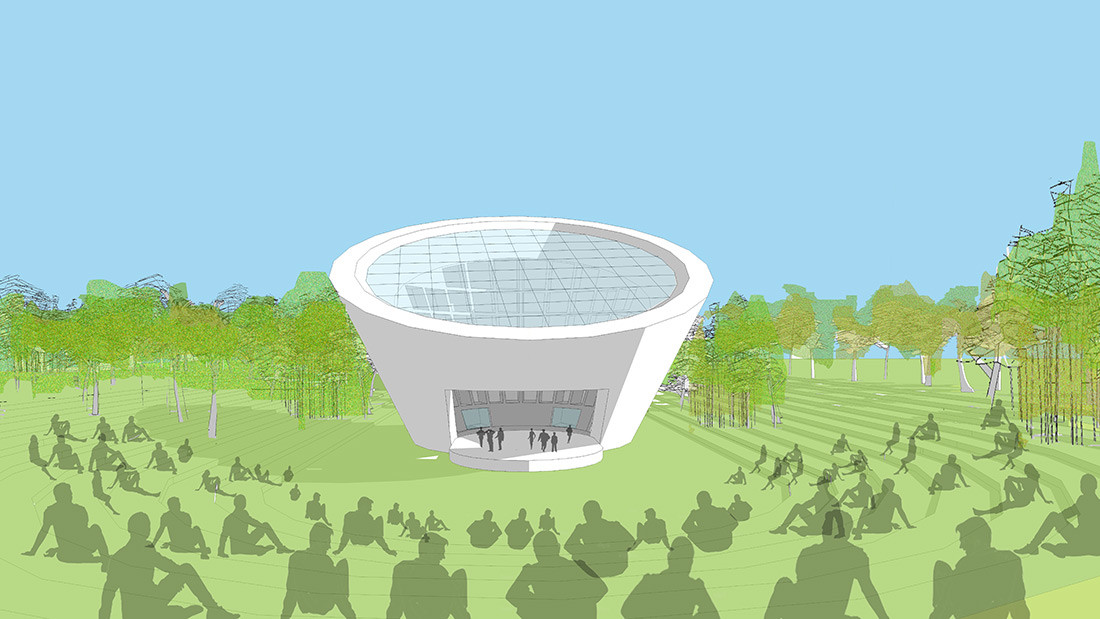 Garden in the Bay
Singapore

THE MAZE
The Design for what is intended to become the largest Maze in the World, is the most ambitious of the projects proposed to enhance the activities of the Garden in The Bay. The Maze project is intended as a Masterplan within which several different Mazes will be designed by specialists. The purpose of our intervention was to set out the rules and the landmarks , much in the same ways as it is done for a real City Masterplan. Each group of Mazes will have as an entry to the Maze and as a Landmark to identify it, a fully glazed tower, with an “Escher” like ramp, that leads the visitors to the top, so that they can visualize the Maze they will go into, by descending from the Transparent Tower. Restaurants, bars and gift shops will be provided along the main arteries, leading from one area of the Maze to there next one.

THE PAVILLION
The existing structure is left untouched, as a landmark on the site a new Pavilion, totally independent, it is “inserted” as an organic form under the existing one and protruding out from two of the existing large openings. The new Pavilion is the “hermit crab” coming out of its shell, a simple yet iconographic form. The two “wings” protruding out of the shell are dedicated to exhibition spaces, while the central area glazed on both sides will be the entrance and reception to the exhibitions. The existing shell will be used as a covered open space, with gardens on either side of the central volume.

THE ROUND THEATRE
Within the general plan to revitalize the whole Garden in The Bay site, to attract more visitors, The Client asked us to propose possible new activities to be implemented within the area. The Round Theatre is one of it. The idea is to create a Theatre that could stage Shakespearean plays, and other performances, in the Park.
The project we presented is a Theatre that can stage performances , both indoor or outdoor, using the same stage. Open air performances in the Park can be very attractive in the temperated seasons, while in the rainy season or when the weather is too humid and hot, the spectators will sit inside the cylindrical Theatre. The Design is now at a preliminary stage, waiting to be financed.